The Hawai'i Chapter of the NAACP called for a vigil for Trayvon Martin at Kaka'ako Waterfront Park. About 80 people attended. We brought posters with Trayvon's picture and "We Are All Trayvon Martin—The Whole Damn System is Guilty," along with leaflets and papers. The posters were very popular and were displayed prominently throughout, with lots of people posing with pictures of them. Thirteen Revolution newspapers were sold and everyone got leaflets. Because it was dusk the picture here isn't very clear, but it reflects the enthusiasm that young people, in particular, had for the posters and graphics. 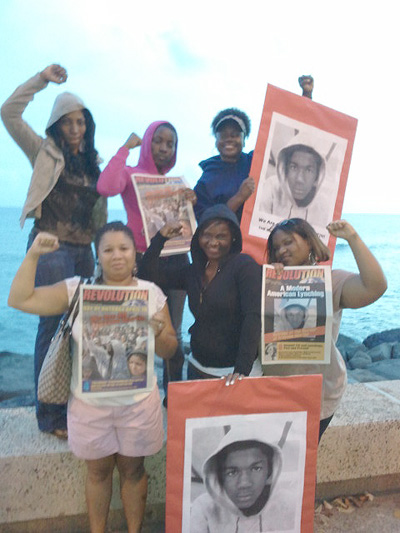