This photo collage was delivered by the BAsics Bus Tour to people in Sanford, Florida, in late May. The photos in the collage represent hundreds of people across the country coming together to send a message to the people of Sanford by signing banners with BA’s BAsics 1:13 quote: “No more generations of our youth, here and all around the world, whose life is over, whose fate has been sealed, who have been condemned to an early death or a life of misery and brutality, whom the system has destined for oppression and oblivion even before they are born. I say no more of that.”

Sunsara Taylor, writing from the bus tour, described the reaction of people in Sanford to the collage: “When they not only heard, but particularly when they saw, through the form of a beautiful collage that was made of all the banners with BAsics 1:13 that had been signed by hundreds and hundreds of people throughout the country, their faces lit up with amazement. ‘Chicago! Los Angeles! Wow... Cleveland? Honolulu? Holy shit, I can’t believe that!’ The photos on the collage, which showed people from across the country—many, many Black people, but also white people and others—joining together with them and with Bob Avakian to declare ‘NO MORE!,’ the whole thing became more real, more possible, and more hopeful.” 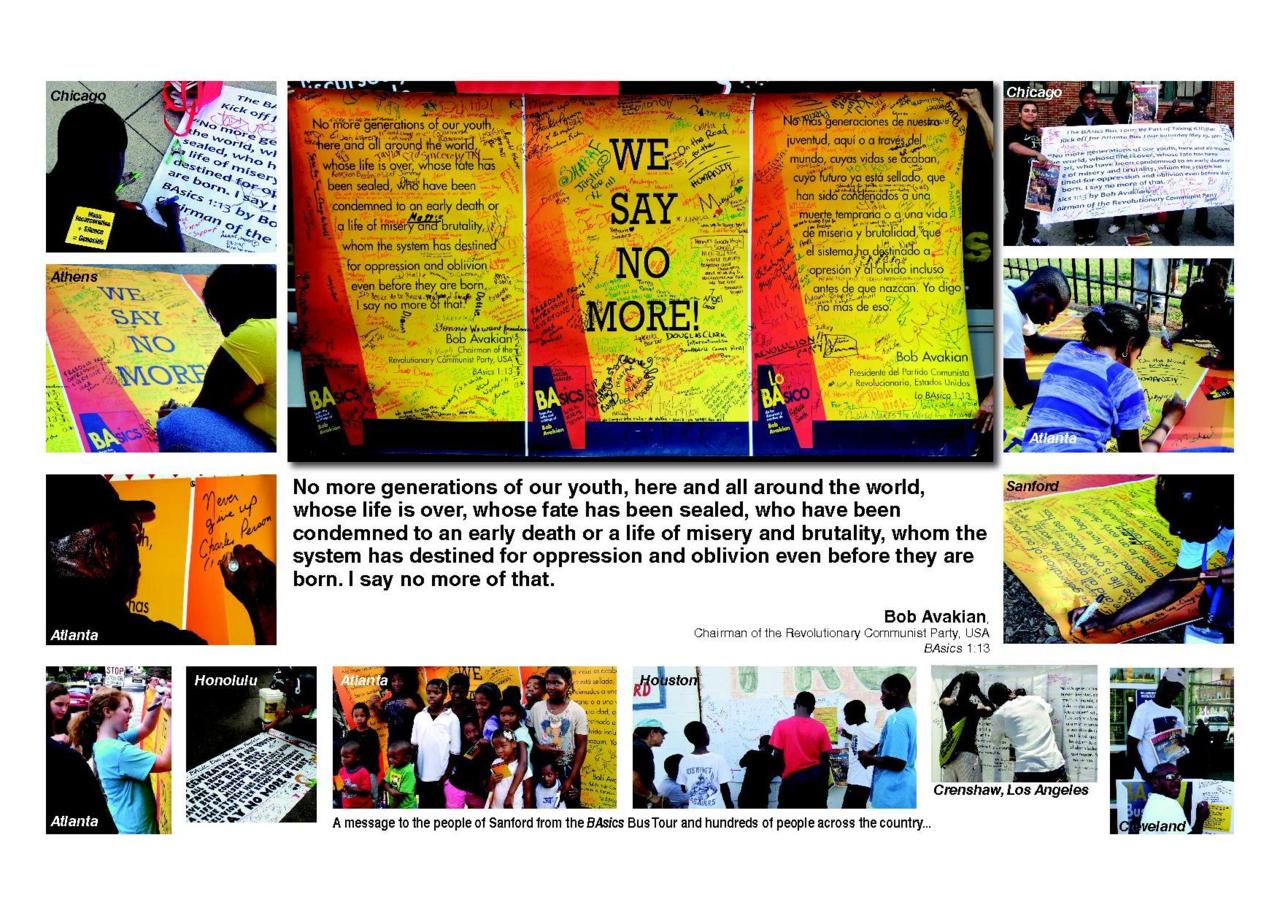